A community dedicated to student success 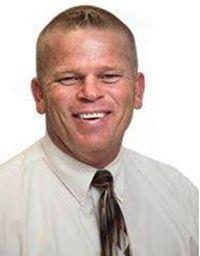 Mr. Thad Miller was born in Phoenix, Az., and lived in Maryvale until he was about 5 years old. His parents decided the country life was for them, so they moved their four children to Maricopa in 1973. Maricopa was a small farming community with a population of about 5,000 people at the time. Mr. Miller started his education in kindergarten at Maricopa Elementary, and continued through high school at Maricopa High School. His entire K-12 education was completed here in Maricopa at MUSD. After high school, he received his Bachelor's Degree in Biological Sciences in Secondary Education from Arizona State University. Mr. Miller began teaching 7th and 8th grade Science at Maricopa Middle School in 1997. Since the entire MUSD school system was on the same campus with about 700 total students, he also taught Anatomy and Physiology at the High school level at the same time. When Maricopa Wells Middle School opened in 2006, Mr. Miller moved to the new campus to continue teaching 7th and 8th grade Science. Mr. Miller coached football and basketball at the middle school and the high school level for over 15 years. He also coached baseball and wrestling at various times. Mr. Miller and his wife have raised 7 children, with all of their children attending MUSD.

This year is his 22nd year in education, all at MUSD. Mr. Miller feels a great pride in this area, and is driven to help the school grow and progress.

Mr. Miller shares, "We have a great group of students, and a great staff here at Maricopa Wells. We all look forward to the academic and behavioral progress that will continue to take place as we all push together as a community to succeed. Maricopa Wells will accomplish great things!"

Please stop by and visit Mr. Miller anytime. He wants to help with any concern you may have.
Go Panthers!